Here’s a question I love to throw at students early on in the tutoring process (let’s call this a grid-in for now, to keep things simple):

It’s a beautiful question because no matter what, it’s going to show me something about the kid with whom I’m working. Almost everyone goes to the calculator first. Once it becomes clear that the calculator will be no savior I see a few divergent paths, all illuminating:

Let’s be clear here: it’s best to know how to do this question the right way, like the third student. She has a strong base of math knowledge, has seen enough similar problems not to misapply exponent rules, and is creative enough to try pulling out the greatest common factor to see if anything good happens (and it does). But I don’t know yet what she’s going to do when she gets to a problem that’s unlike any she’s seen before (and on the SAT, that will indubitably happen, and probably when it counts). So I’m going to keep watching her closely until I get to see how she reacts to a question that makes her squirm.

The fourth student is one who finds a way to claw out the correct answer when faced with an intimidating problem that his tools seem at first not to be able to solve. He might not be as conversant with math as the third student, but in the eyes of the SAT, she and he are exactly the same on that question. Because he’s scrappy. He’s nimble. And that will take him a very long way.

In sports, you’ll often hear a commentator say, “That’s why you play the game,” after an underdog wins a game it shouldn’t have. It doesn’t matter who looks better on paper. It matters who performs on game day. After seeing him work this question, I’m going to worry less about student #4 on game day. 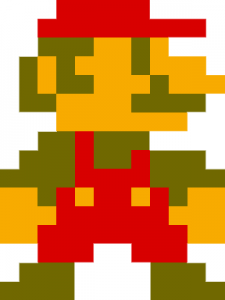 Kids sometimes complain that I ask too much of them. But the way I see it, I really only want one (admittedly multifaceted) thing out of my students: I want them to learn to be nimble.

Solution to the sample problem:

I love this question. Took me a while till I realized the ratio of 4^n to 4^n-1 is just 4. Did you make this question yourself? If so, you should help the makers of the SAT haha.
I like the post too; it’s scary though. I used to be like student 4 until I began high school. Now I’m like student 3 and assume I should be able to do anything correctly with rules I know.

It’s good to be student 3, as long as there’s still some of student 4 left in you. Thanks for the comment!

Great Advice! I think I’m student 1 because that’s the first thing that came to my mind. Calculator. But I’m trying to change that and hopefully I will. I just don’t understand the question why did you change 4^999 to (4+1) ???? Thank you!

Nvm I get it now. lol

🙂 Sorry, for some reason I didn’t see your first comment come in! Glad you get it now.

Am I helping at all?

Lol took me a second but finally got it with the smaller numbers! Never would of thought of doing that… Guess I just need to practice techniques! Thanks for the help though!! 🙂

Could you also take the log of both sides, change the right side of the equation to xlog4, and then divide both sides by log4 in order to solve for x? The calculator won’t complete the calculation due to an overflow error, but I believe that this solution is correct, just not in the form of an integer. [log(((4^999)+(4^998)) / 5))] / log4

That solution works, but if your calculator won’t complete it, then it’s not very practical. 🙂

It might help to think in terms of smaller exponents to start. Let’s look at 4^5 + 4^4. You can rewrite that in long form:

Now you can factor out as many 4s as both terms share. Remember, when you factor an entire term out of itself, you have to leave a 1 in there.

Does that help at all?

i get it now! thanks!

To be honest, I’m more of a student 4 even though I solved the problem like student number 3. I think logically and try small scale things when I can’t seem to solve a problem. Fortunately, I’ve used (anti-?) distribution so many times that problems involve it just discern themselves to me.

Well, if you’ve got both of those students in you, that’s a pretty good thing!

solving this with a calculator is very,very quick and much more visible (for most students) than the solution by student#3.. If you just simplify the first expression with a calculator and then take the “log base 4” of both sides, you will have x isolated…

I’m a student three mostly because I don’t use calculator even when I have to… I somehow keep forgeting I’m allowed to use a calculator probably because we don’t use it even in calculus in my country. I end up missing a question or two and they are always questions could be solved with a calculator.