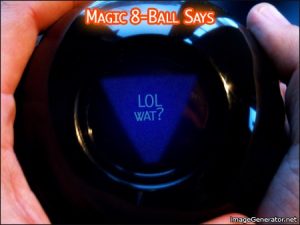 I figure now is as good a time as any to answer publicly some of the questions I’ve been asked more than once privately. Some of these are great questions. Some are…not.

I might update these as I’m reminded of more questions. In the meantime, post your own in the comments. Good luck!

Linking the vocabulary was a GENIUS idea.