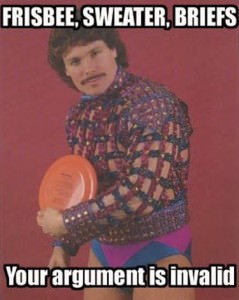 SAT essay assignments require you to take a position and support it using “reasoning and examples taken from your reading, studies, experience, or observations.” In other words, you don’t just have to say what you believe, you need to try to persuade your reader to agree with you, or at the very least convince him or her that you have good reasons for believing what you do.

You accomplish this by crafting a well-formed argument, and not trying to overstep the scope of the assignment. That means you establish a number of premises, and tie them together logically to build towards your conclusion. Remember that, because of the murkiness of the topics essay assignments usually cover, you’re not usually going to be able to craft ironclad proofs of universal truths. Be conscious of the strength of your premises, and make sure you draw an appropriately qualified conclusion.

Resist the temptation to make your argument seem stronger than it is with words like “always,” “definitely,” “completely,” “never,” etc. Far from bolstering the strength of your essay, these extremes have a deleterious effect. They make it seem as though you don’t have enough faith in your argument to let it stand on its own without these crutches—they call attention to your argument’s weaknesses.
Instead, own up to the fact that you are limited by the time you have to write the essay and the scope of the prompt, and make a solid case for your position based on a few pieces of evidence. A nuanced, narrow argument will trump a failed attempt at incontrovertible truth every time.

Please note that I am not encouraging you to take both sides of an argument here. I’ve seen a few people do so effectively, but I don’t really think there’s time or space for that on the SAT essay, so I don’t advise it. You need to take a position. I’m just saying it should be a thoughtful one.

Below you’ll find two example paragraphs. Note how easily a contrarian could refute the first thesis, and how much more difficult it would be to do so to the second thesis. Note also that historical accuracy isn’t all that important on the SAT, so while the second essay might turn heads with its use of apocryphal, the first essay would not suffer from failing to mention that the story about the cherry tree is of dubious veracity.

Bad: Lying is always wrong, and examples that prove this can easily be found in history, literature, and my own life. When George Washington was a boy and cut down a cherry tree, he told the truth about it and later became the first President of the United States. When my older brother lied to our mother about where he was going last Saturday night, and then got caught, he got grounded for a week.

Good: Although there are occasions in which it might be advisable to lie, those who make the truth a priority are more likely to earn the admiration of their peers. George Washington, the first President of the United States, was so admired for his honesty that the apocryphal story of the cherry tree is one of America’s most well-known folktales. In contrast, my older brother disappointed my mother last weekend when he failed to tell the truth about his plans.