How would you do question 11 from practise test 3, the no calculator section? (using the plugging in method?)

It involves a little trial and error. The basic idea here is that it’s easier to work with real numbers and the geometrical constraints (i.e., vertical angles must be congruent, straight lines must equal 180°) than it is to write a bunch of equations. Note that my figure isn’t to scale, but then again, neither is the one in the original question. 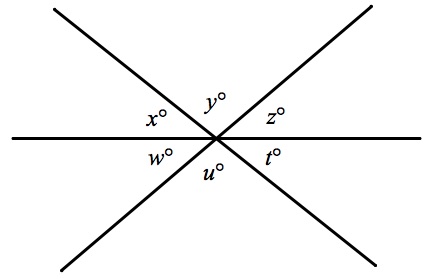 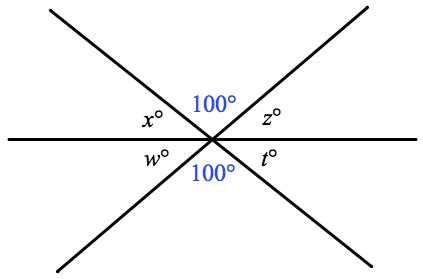 Now you’re going to plug in for x, which means you’re also going to be picking t (again, because of vertical angles). But wait! The question also tells you that x + y = u + w. Given what we’ve already plugged in, that means:

So when you’re picking x, you’re not only picking t, but you’re also picking w and z! Better pick something that’s going to make all those lines add up to 180°! 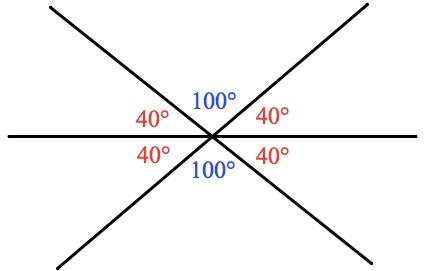 So there you have it. Once you chose a number for y, all the rules in the question gave you no choice for any other variable.