Can you help me with the Official Test 4 Question 21?

Yep! I actually think it’s helpful to do a little drawing here. Below is my very rough (sorry, had to draw it on my laptop trackpad) drawing of the axes as described in the question, with year 2000 data on the x-axis and year 2010 data on the y-axis. I’ve also drawn the y = x line. 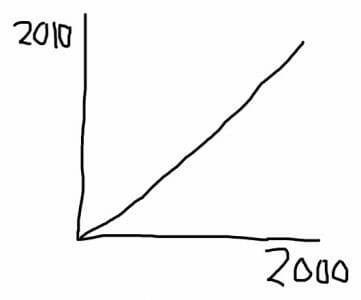 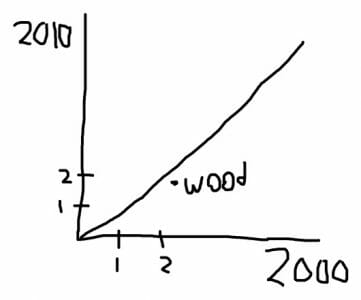 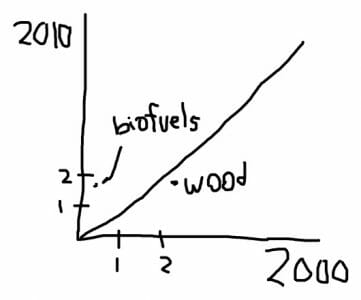 Now you can stop plotting and just count the energy sources for which the 2010 bar is higher than the 2000 bar. I’m seeing three: biofuels, geothermal, and wind. So 3 is your answer.