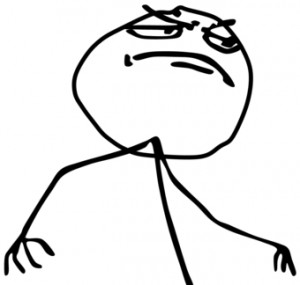 While it’d be nice if you could expect to go up exactly 2400-p points (where p = your starting score), it’s a good idea to have more tempered expectations as you begin your SAT prep journey. What follow are some generalizations based on my experience. Your mileage may vary.

So, how much should your score go up? Tough to say with much certainty, as you’ve hopefully gleaned from above. However, if you give yourself enough time, put in enough effort, and are willing to change your old habits, you should be able to make progress. Good luck!

Your article is very useful to SAT-takers like me. Thank you a lot.
However, would you mind explaining more clearly to me the saying ” Improvement depends on what you already know.” It seems to be the most important thing to me that I have been looking for. As I have taken SAT 3 times and my scores did not even improve, yet decrease, which upsetted me a lot.
It is no nice of you to explain it in detailed to me because I hungerly need it.

This post was written for people who are new to the SAT prep game, so I’m not sure it applies to you directly if you’ve taken 3 tests. Still, what I mean by “improvement depends on what you already know” is simply that if you already know everything you need to know, then you won’t improve much. The less you know before you start prepping, the more potential you have to improve. Makes sense, right?