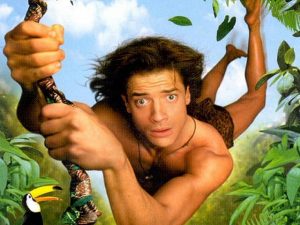 While it’d be great if we were all consummate grammarians, you don’t need to be one to score very well on the SAT writing section. You just need to know how to spot the most commonly tested errors, and (on Sentence Improvement and Paragraph Improvement, anyway) fix them. I’ve made mention of Dangling Modifiers before in my general Sentence Improvement post, but I thought it’d be nice to devote an entire post to the little buggers since 1) they’re fairly common, 2) they’re easy to spot with a little practice, and 3) they’re easy to solve once you’ve spotted them (again, with a little practice).

Rather than try to describe exactly what a Dangling Modifier right this minute, let’s just have a look at one:

So, first of all, what’s the modifier? A modifier sets the scene for the sentence by giving you some extra information about the subject of the sentence. In this case, it’s “Believing for the first time that she could win the race,” because it’s giving you background about Amy’s motivation for increasing her speed. A modifier often (but not always) has an -ing or an -ed word in it, and always ends with a comma. Commas are of fundamental importance in Sentence improvement for a number of reasons, one of which is that they signify modifiers. When you see a comma in a Sentence Completion question, check whether it follows a modifier.

Now here’s the awesome part: if you are able to identify a modifier before a comma, the subject must come right after the comma. If a modifier is not followed immediately by the subject, that’s a Dangling Modifier, and that’s BAD. So, who believed she could win the race? Amy. What needs to come after that comma? Amy. Not Amy’s speed, or Amy’s exhaustion. Just Amy. Cross off any choice that doesn’t begin with Amy. So you’re left choosing between (B) and (E). Note that (E) contains no main verb (and also contains the big suck: “being”), so the answer must be (B).

So, think you’ve got Dangling Modifiers all buttoned up now? The last piece of the puzzle is to be able to spot them in the wild; it’s too easy when you know each question in a drill is going to contain one. Try this 10 minute drill, which contains a few Dangling Modifiers, and a bunch of other Sentence Improvement questions. can you spot all the Dangling Modifiers?

I’m dying to stand on top of a New York City high rise and scream on the top of my lungs: “I KNOW WHAT A DANGLING MODIFIER IS.  DOES ANYONE ELSE OUT THERE?

(besides Stacey, Erica, Catherine, and you).

My kids will know soon too….like it or not 😉

Thanks for this! I think this is what was messing up my SAT Writing score.

I love this post! It is so easy to spot the correct answer with your explanation now! Mike, YOU’RE AWESOME!

If an option was “Amy increased her speed despite being exhausted.”, would that be a correct answer as well. I’m wondering because I was reading that the -ing and the -ed forms of a verb can’t be a main verb by themselves.

It “sounds” correct to me, but would the above option still be incorrect because increased wouldn’t be a main verb?

“-ed” words can be main verbs–that’s just the past tense! The option you provided would be correct.