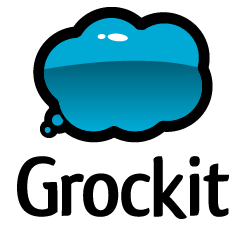 About a month ago I realized that, as someone who blogs about SAT prep, I really should have an informed opinion on what’s out there in the online test prep space. With the June SAT prep cycle winding down, I’ve finally had time to sign up for a free trial and give Grockit a test spin for a few hours.

For the uninitiated, Grockit is web-based test prep built with adaptive learning technology (in other words: it assesses your skill level and tries to challenge you accordingly), garnished with a few rudimentary social gaming elements. Students are awarded ready-to-share achievements for things like “hot streaks” of questions answered correctly, and there’s a “Multi-Player” practice system in which students tackle problems together, and are encouraged not only to chat with each other about answers, but to reward each other with points for being especially helpful.

I started with math, because I rightly assumed it would be the most fun, and then moved on to reading and writing. My thoughts about all three experiences follow. I should note that I didn’t try every single thing Grockit has to offer; I didn’t enlist the help of any of Grockit’s tutors, for example (I thought that’d be weird). But I did enough poking around in the SAT sections of the site that I feel like I have a decent sense of what it’s about. I should also state the obvious: I am a grown up and a test prep professional myself, so I didn’t approach this exactly the same way a 16 year old might. 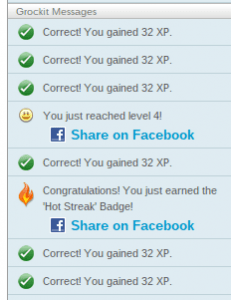 Although many of the math questions were accompanied by completely adequate diagrams, the quality was very uneven and once or twice I came across some seriously bush league stuff. There exist numerous software solutions for making nice looking graphs, and Grockit can afford them. There’s just no excuse for these: 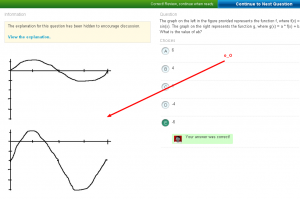 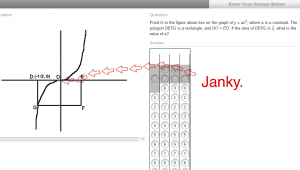 It’s my hope that if any Grockit folks stumble upon this post, they view it as I intend: as constructive criticism from someone who, like them, does a fair amount of thinking about how the web can be used to help kids on standardized tests. I support them in their use of technology for education (especially their appropriation of gaming psychology and adaptive learning), and I love their price point. I can see myself, in the future, becoming quite a fan. For now, here’s what I’ll say:

Grockit provides a decent service at a reasonable price for the math and writing sections of the SAT, but it falls short on the reading comprehension questions. Since the infrastructure is quite good, a little quality control on content would go a long way towards improving the product in all three subjects. Grockit is not a suitable substitute for assiduous Blue Book work, but if you’re looking for a low-cost, fun way to get some extra math and writing practice, you could do worse. Stay away from Grockit’s reading comprehension practice.

I just did math problems on Grockit for about an hour.  I found it more enjoyable than the writing and reading, but I have this weird feeling that I’m not “learning,” anything and I can’t say why that is.

But here’s the really weird part: I am overcome with drowsiness every time I log on to Grockit.  The last two days I had to lay down and take a nap — an I’m not a nap person.  I NEVER nap.  Isn’t that strange?

That is a bit strange. I can’t say it mirrors my experience — quite the opposite, actually — but it’s an interesting data point nonetheless.

Scanning and chopping up into categories. Fun!

can you evaluate the free online SAT prep like number2.com and http://testprep.knowhowtogowisconsin.org/