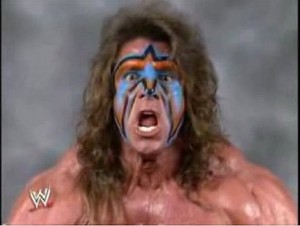 Before we really get into this, let’s get one thing straight: It’s incredibly unlikely than an 800 will open any doors for you that a 770 or so won’t. In fact, it’s usually not a good idea to think of SAT scores opening doors at all. It’s better to think of high scores preventing admissions doors from being closed—your high score encourages an admissions officer to look into your application further. Nobody secures admission to an elite school on SAT scores alone. So if you’re looking at an 800 as a means to an end, you might want to reexamine your priorities. If you’re pining after an 800 just because you really like the challenge, though, then you and I are kindred spirits, and you should read on.

Wanna try some hard problems right now? These drills are difficult, but you should be able to rip through it without making any mistakes if you’re shooting for 800. Good luck!

I’ve always been optimistic, and believed that I could get an 800, but now I’m not sure. :(Who are these people who are all doing so well on the SATs?  Am I not that smart?  I mean, you’re clearly smart smart smart, and in some other league, but I always thought I was trainable.  I believed my dad when he told me I could do ANYTHING!I just scored one of my online tests from the College Board Online course, and I’m back to square 1. Sigh.  As in, when I took the test cold, no prep, didn’t understand a thing.  I actually could cry.How can everyone be doing so well on the SATs and I don’t get to be part of that fun?

You have time and,more importantly, the strong desire to succeed. Don’t give
up…it’s not even halftime yet. 🙂

Ok!  I’m not.  Have been reading all day about how to study/ learn: http://www.danielwillingham.com/articles.html

I think am missing the “inflexible knowledge” that I need.  Need to figure out the most efficient way to build that foundation.

It might be that the development of your “fundamentals” is hampered a bit by the fact that you’re trying to learn it all at once. Kids in school don’t learn exponents, special right triangles, and functions all in the same year.

Hi, sorry, dropped the ball on finding a funny image. If I come across anything exceptional I will send it in.

I am training for the SAT as well. It started out as doing research on behalf of my kids but has turned into a mini-obsession. I just wanted to wish you good luck on your quest. I would echo the advice to tackle one piece of ‘base’ material at a time. I have used this strategy with the Writing section with a lot of success (so far). I was getting nowhere with practice questions so I just put them away and went and studied the actual grammar rules. I am back to the practice questions now and there has been a dramatic improvement. I’m pretty good naturally with the Math section so I can’t say for sure that this will work on that section (and obviously what works for one person might not work for another), but it seems worth a try.

How far along in this are you? How old are you kids? What grammar book did you use?

I need to meet you. Are you in NY?

I have only been at it for a few months. It started with my nephew who was preparing for the ACT and morphed into my coming to the conclusion that it’s never too soon to start preparing for these tests, even if only in small doses. So my plan was to get up to speed and then start tutoring my oldest this summer in Math and Writing (I think the CR section can wait a little while longer). He is entering high school next year.

I use online resources for grammar. I needed to start at the beginning right down to identifying the basic parts of speech. I used various SAT prep blogs to identify what exactly is tested and then went to Google in search of the basics. I found ‘Grammar Girl’ to be useful, but only after I knew the precise topic I was looking for as there is a lot more info there than what is needed for the SAT. I am anxiously awaiting Erica Meltzer’s book which should be out soon (you can get it now in PDF). It is grammar specifically for the SAT. Her blog is right up there with PWN’s as far as ‘must reads’ go.

I am in Illinois, sorry. Plus my wife already thinks I’m crazy so I think I will keep my quest online for now 🙂

Great drill! I have just one question; for #12, I know I have to minus the unshaded area from the whole area to get the shaded area. However, to get the correct answer, both legs of the unshaded right triangle must be .8; I know .8y can be derived from the fact that the adjacent segment is .2y, but how do you know that the other leg will be .8x if you only know that one angle is 90?

Thanks William! (here’s a link to the drill he’s referring to.)

Great question. You know all you need to know about the other leg because the triangles are similar, so all their corresponding sides will make the same ratio. Both triangles are right triangles and they both share angle C, so their third angles must also be the same—AAA symmetry.

Thanks man, that was a great help

thus thing is sit its more depressing after reading this