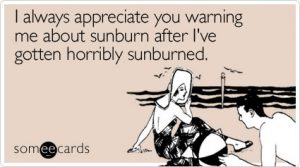 I wanted to take it easier on you guys after last week’s hard-as-hell question, so here’s one that could actually appear on an SAT.

This week’s prize: you and your future random college roommate will have remarkably similar tastes in music. Trust me — it matters.

Post your answers in the comments. I’ll put up the solution on Monday evening.

The power of the average table is that it makes it very easy to deal with sums; sums end up being the path to success for most average questions on the SAT. Above I’ve filled in all the given values (the average and sum temperature on the 1 day are, obviously, the same). We’re going to solve by filling the rest of the table in. The sum of the temperatures for the first m days will be 87m. The sum for the m + 1 days will be the average (89) for those days times m + 1, but it will ALSO be the sum of the first m days plus the temperature of the 1 day:

Important enough to repeat even though I kinda already said this: I can make two separate expressions in the right-hand corner. One comes from adding up the first two entries in the column on the right, and one comes from multiplying the first two values in the last row. If you’re not following the way this table works, please see my original post on the table, which should answer your questions.

Here’s the thing: now I can solve for m because I have two expressions containing m, which equal each other!

The answer is 5 days.

I believe the answer is actually 4 since m = the amount of days prior to the day that it was 99 degrees.