Note: I’m cross-posting this great question I got at qa.pwnthesat.com because it’s easier to archive it here and I thought this was worth being able to refer back to. I hope you don’t mind.

Original Question: Would it be helpful to know Latin for the SATs?

Answer: This is a fantastic question! A lot of people (especially Latin teachers) will tell you that it’s incredibly helpful to know Latin for the SATs. I know the Latin teacher in my old high school used to make a presentation every year to the incoming freshmen that said exactly that (and back in my day, vocabulary was even more important on the SAT because you had analogies and antonym questions, which were the effing worst).

The idea is that since many English words have Latin roots, you might be able to figure out words you don’t know based on roots. You might, for example, find it helpful to know that “circum-” means “around.” But does that help you figure out “circumspect” on the fly?Well…maybe. I use the root as mnemonic to remember that one who is circumspect (which means prudent and considering all consequences before acting) looks at issues from every angle—from all AROUND. But every time I’ve tried to help a kid figure out the word by saying “well, you know the root ‘circum-‘ means ‘around’…” it hasn’t led them to the right answer. So, many words in English do have Latin roots. But that wont always help you figure out what the English words mean. 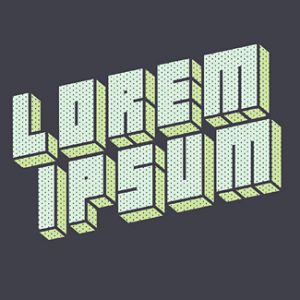 On the other hand, I took Spanish in high school (which is more closely related to Latin than English is) and I’ve found that my Spanish vocabulary has bailed me out of trouble more than once. For example, a few years back when I was starting out as an SAT instructor, I came across “picayune,” which I didn’t know. But I did know that in Spanish, “pequeño” means “small.” I know Erica Meltzer over at ultimatesatverbal.blogspot.com is a big French buff, so I bet she’d tell you the same about French. I think the bottom line is that knowledge of any other language might end up being helpful for you on the SAT—or it might not. The most important language to be deeply familiar with is English. Read challenging books, and look up every word you don’t know, always. That simple practice will help you more than Latin, Spanish, French, and German combined.

And funny story, I took a few years of Latin in high school, and the ONLY word on the SAT it helped me figure out was “circumspect” — I’m seriously not kidding about this. If I’d missed that question, I probably wouldn’t have gotten an 800.

But yes, French and Spanish help tons. I always tell my bilingual students that they actually have a huge advantage when it comes to vocabulary.

Hah! I get some hilarious responses when I ask kids what “circum-” means, but I’ve yet to see it successfully bring a kid to the right answer.