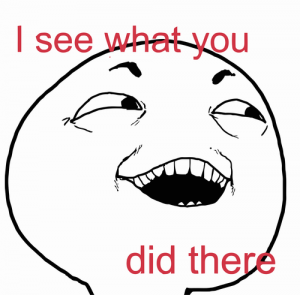 These logic questions ask for things such as which of the following is most analogous or best represents the issue/event/phenomenon described in the passage. They require you to fully understand both the meaning and purpose of the passage, then apply that understanding to hypothetical situations. The SAT is checking whether you can accurately judge situations not discussed in the passage based upon logic directly derived from the passage.

Let’s take a look at a question from the OSSG (Official SAT Study Guide) 2nd Edition.

The example passage is about bats. First off, notice what the question is asking: which of the following LEAST detracts. The ETS has been kind enough to capitalize that keyword for you, yet so many simply overlook it. Be very careful around LEAST, EXCEPT, and NOT questions. The right answer is the one that answers the question correctly, not necessarily the one that matches what the passage says.

Of course to answer the question, you first have to understand what the author’s argument is. Let’s go to the passage for that, pg. 591. Read lines 25-42 carefully.

Again, there are two levels of understanding:
1.WHAT something says (superficial first level)
2.WHY something was said (deeper second level)

WHY it is said:

So look at the answer choices and see if any support the logic above. Anything? Sadly no.

A)WRONG. If many people work at night, then by the author’s logic, these people would scare most other people. But we all know some night owl folks and probably aren’t scared of them. You may even be a night owl yourself, studying for the SAT late into the night. Are you scary? Probably not. So this definitely opposes the author’s logic that night dwellers are scary.

B)WRONG. The author says night animals are scary. Yet, the choice says owls (nocturnal animals) don’t cause fear. This is the opposite of the author’s claim/logic, so B is wrong.

C)WRONG. The author says daytime animals are nice and safe. Predators are pretty scary stuff, yet they are awake during the day? Da hell? Opposes author’s logic, so C is wrong.

D)WRONG. Bats have positive qualities?! Not according to the author’s logic that bats = nighttime = negative/threatening. So this is wrong too.

This example is about the decreasing involvement of women in business. The question asks which of the following would most directly support the author’s viewpoint (that women are becoming less and less involved in business).

Try it out yourself first, then check out the explanations below.

B)WRONG. Writing novels has nothing to do with running businesses, so this choice doesn’t support the author’s claim.

C)WRONG. Working in factories shows MORE involvement in business, not less. Definitely does not support author; in fact, this choice directly opposes the author’s view.

E)WRONG. Academic institutions have nothing to do with running businesses. This is unrelated, hence unsupportive. Not detracting, but not supportive either.

Peter Peng is a SAT/ACT tutor and college admissions essay consultant based in the greater Los Angeles area. He is currently working on a book entitled The SAT Decoded and can be reached at peter@pwnthesat.com.

Thank you so much for these articles, I’m greatly improving! God bless