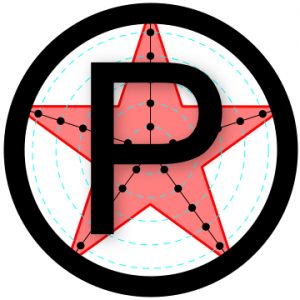 Note: this is an excerpt from the PWN the SAT Essay Guide, available now in paperback and Kindle.

The first sentence of any body paragraph should be what I call a mini-thesis. This sentence refers back to your main thesis, puts it in context of the evidence you plan to cite in the paragraph. This keeps your essay organized and focused, which keeps your score high.

There’s no need to get fancy here. The point is simply to point out to your reader, before you dive into the details, that the evidence you’re about to discuss is important, and not just something you were planning to write about no matter what prompt you got. It’s also an opportunity for you to provide a few transitional words, so your reader doesn’t get whiplash when you change gears between paragraphs. Say you’re arguing that innovation generally happens incrementally, not all at once. You want to argue that the US Constitution was an amalgam of various existing political philosophies, and that the social networking behemoth Facebook was not invented out of the blue, but was rather inspired by social networking sites that came before it like Friendster and MySpace. These topics have gradual evolution in common, but not much else, so you should use a few words between them to acknowledge their differences and assert their similarities.

Thesis: While it is possible to find examples of ideas that seemingly came from nowhere and changed the course of history, most good ideas evolve slowly over time.

Mini-thesis at the beginning of body paragraph 1: One prominent example of the evolution of ideas is the Constitution of the United States.

Mini-thesis at the beginning of body paragraph 2: The evolution of ideas happens at a much more accelerated pace in the world of social networking.

Your transition doesn’t need to be grand or overstated. In the example above, it’s just a simple acknowledgement that you’re moving from the relatively slow evolution of political thought to the frenetic pace of technological innovation. That’s plenty.

The rest of your body paragraph

Once you’ve established yourself with a mini-thesis, it’s time to support it with details. Don’t just repeat the claim you made in the first sentence—support it with relevant details.

Be as specific as possible with the facts you cite, but don’t turn this into a torrent of information. This isn’t the place to just list every fact you know. Your mission is to give your reader, in a few sentences, a reason to believe that the book, historical event, personal experience, or whatever that you’re writing about is relevant to your thesis. Every detail you give must bolster your argument.

The evolution of ideas happens at a much more accelerated pace in the world of social networking.  Facebook founder Mark Zuckerberg’s conception of the now-ubiquitous service was informed by social networking services that already existed. My father argues that the profile system of AOL Instant Messenger was the original social networking site. Internet entrepreneurs recognized how much people loved to customize their AOL profiles, and created services that would allow users even more flexibility to express their personalities. These included a number of social networking sites that predated Facebook, like Friendster and MySpace—both dominant in their times and now consigned to the dustbin. Facebook was able to achieve market hegemony over both services by emulating and improving upon their best features. Now that it dominates the social networking space, Facebook is forced defend itself against upstart services like Google Plus, which seeks to beat Facebook by improving on Facebook’s best features, much the same way Facebook outdid its predecessors years ago. Innovation in social networking is characterized not by revolutionary technological sea changes, but rather by constant incremental improvement of existing ideas.

If you’re wondering, at this point, how you’ll ever be able to squeeze that level of detail into an essay in 25 minutes, I feel you. It’s not easy. But it becomes much more doable when you know your evidence inside and out. More on that later.

I think students really appreciate when we break down exactly what should go where, just like you do in this post. I would also highlight that the following sentence has the *insight* needed to get a 6/6. Innovation in social networking is characterized not by revolutionary
technological sea changes, but rather by constant incremental
improvement of existing ideas.