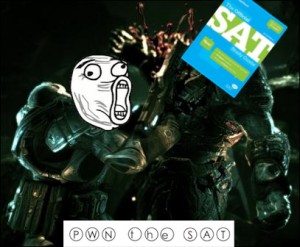 I’m compelled, as I was when I wrote a similar post about the math section, to begin by saying this: If you’re striving for an 800 as a means to an end (admission to the school of your choice, etc.) you should know that close is probably good enough. An 800 is unlikely to open any doors that a score in the high 700s would not. I can relate to anyone who wants to hit 800 just to say she did it—I was that kind of student in high school, too—but it would be irresponsible of me to begin this post with anything other than a disclaimer that if you’re doing this for anything other than the thrill of the chase, you might look back at this time and think that you could have been spending this time doing something that might have brought you more personal satisfaction.

Phew! Now that we’ve got that over with, are you ready for a list of bullet points?!

…Am I missing anything?